Gender Wage Gap Ad-Hoc Committee Chair: This email address is being protected from spambots. You need JavaScript enabled to view it.

"When Canadians can count on equal pay for work of equal value, our economy grows stronger, families prosper and communities thrive. That is why the Government of Canada introduced and passed proactive pay equity legislation for the federal jurisdiction.

What is Equal Pay Day?

Equal Pay Day illustrates how far into the next year a woman, on average, must work to earn the same amount a man earned in the previous year. They are marked around the world.

BPW Canada is encouraging business and community leaders across the country to ask the Mayors in their respective communities to Proclaim March 18th as National Equal Pay Day.

Proclamations are used to provide recognition of extraordinary achievements, to honour occasions of significance and to increase public awareness of issues of importance with the hope of improving the overall well-being of our communities.

Take up the Equal Pay Day Proclamation Challenge! To get you started to feel free to adapt the sample proclamation and guidelines posted below. 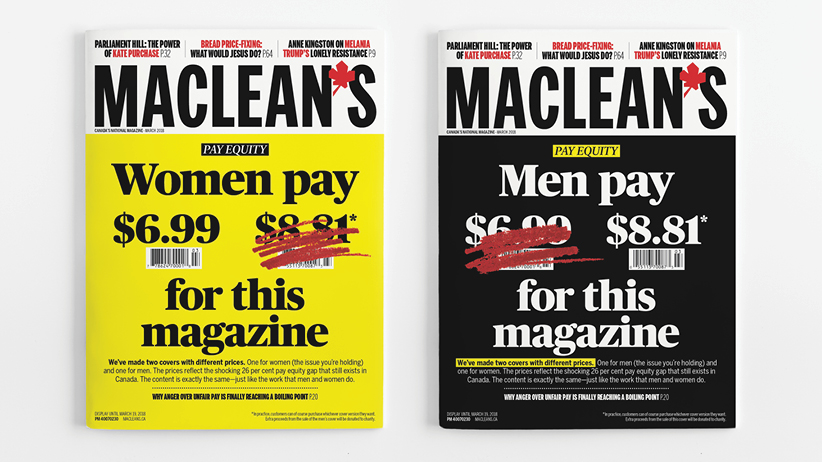 The February 2018, "Maclean’s has created two covers with two different prices—one at $8.81, the other at our regular price of $6.99—to reflect the 26 percent gap between full-time wages paid to men and women in Canada. It’s a cheeky way to draw attention to a gap that has barely budged in decades...."

"Advancing gender equality is not just good for women, it’s good for all Canadians. When Canadian women can count on equal pay for work of equal value, our economy grows stronger, families prosper and communities thrive. That’s why, on October 29, 2018, the Government of Canada introduced a proactive pay equity regime that will ensure that women and men in federally regulated workplaces, including the federal private sector, the federal public service, Parliamentary workplaces, Prime Minister’s and Ministers’ offices, receive equal pay for work of equal value." Click here to read the complete news release.

Ottawa – The Honourable Maryam Monsef, Minister for Women and Gender Equality, today issued the following statement on the passage of the Budget Implementation Act, 2018, No. 2, which includes legislation to create the Department for Women and Gender Equality (WAGE): “Today is a historic day for gender equality in Canada. With the passage of this legislation, our government is fulfilling key commitments to advance gender equality, address diversity and inclusion, and grow our economy...". Click here to read the complete statement.

Toronto Star, October 8, 2015: "...Gender Wage Gap Steering Committee that will soon begin holding province-wide public hearings and consultations with businesses to find ways to close the gap...The committee includes some high-powered, highly-qualified people including ...Linda Davis, past-president of the Business and Professional Women’s Clubs of Ontario and a current board member of the Equal Pay Coalition. That alone speaks to the government’s seriousness to move on this issue." Complete Article.

"As Canadians celebrate this labour day weekend by taking a final summer trip to their cottage, get together with family and friends at parades, festivals or even fireworks, and as parents shop at the malls to take advantage of Back-to-School sales with their children and teens, let us not forget why Labour Day was originally marked in 1872. It was a day set aside to give the Canadian workforce an opportunity to campaign for better working conditions or pay." Click here to read the complete news release.

You Are Worth It Module (Workshop)

BPW Ontario partnered with the Pay Equity Commission Ontario to develop a learning module: "You Are Worth it: Compensation Pitfalls and How to Manage Them".  The module helps us better understand why the wage gap persists and how we can address it. This resource that can be customized and used by clubs across Canada, as well as non-members, to get the message out that “Economic Equality - Means Business”

The “You Are Worth it: Compensation Pitfall and Strategies to Manage Them” can help us better understand why the wage gap persists and how we can address it. It is a joint initiative between BPW and the Pay Equity Commission of Ontario and is a resource that can be customized and used by clubs across Canada to get the message out that “Economic Equality - Means Business”.

You Are Worth It Module Workbook - Ontario

BPW Canada members: there are more materials on this website, login to the BPW Canada site and look for the Career Achievement modules. 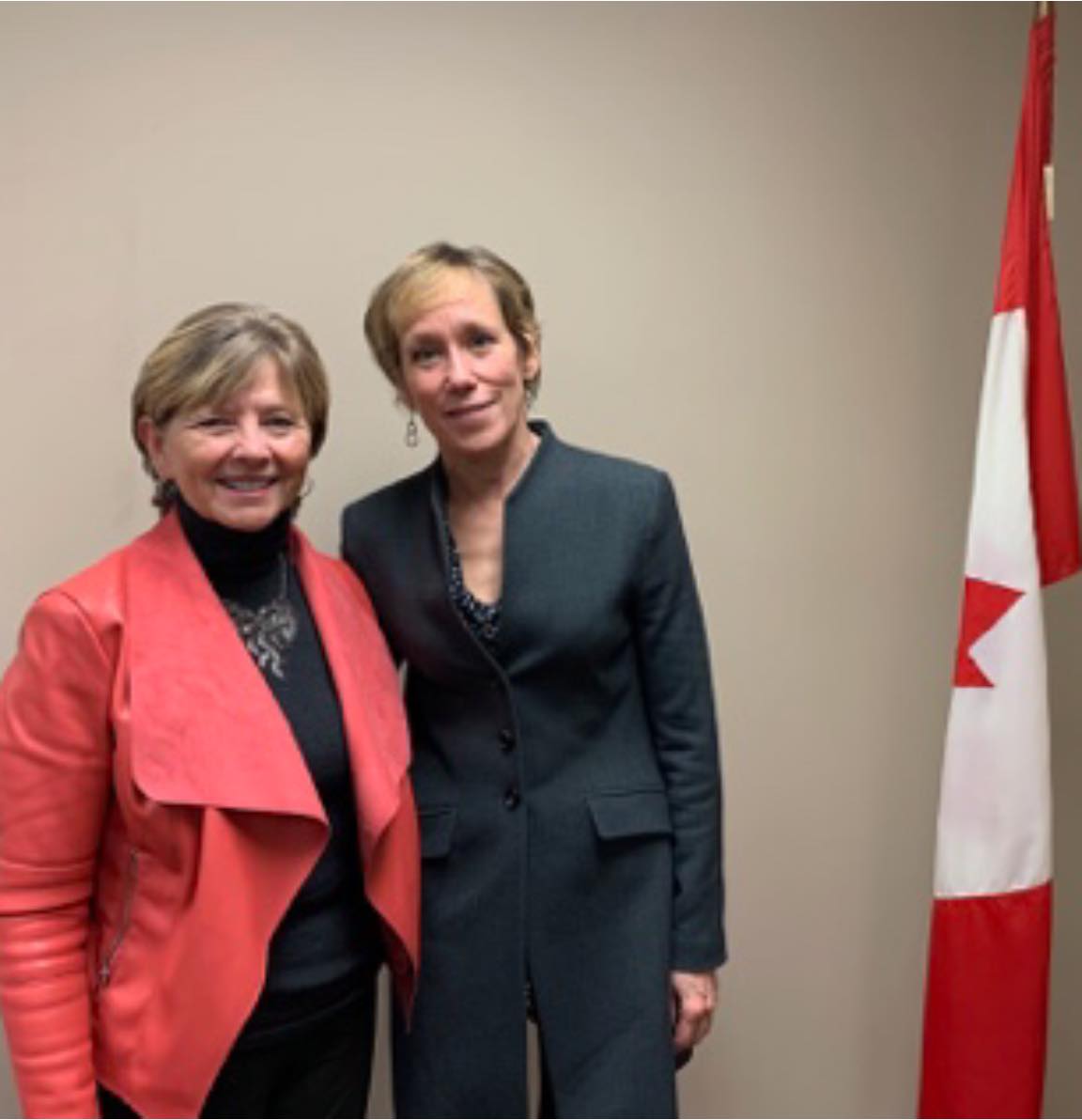 January 20, 2020: BPW Canada President (2018-2020), Linda Davis, met with the National Pay Equity Commissioner, Karen Jensen. Linda's comment about the meeting: "We had a frank and very interesting meeting. I am very optimistic for the future, we have our feet on the right path. Now we need to forge ahead." Ms Jensen is the first National Pay Equity Commissioner, she was appointed to the position in September 2019. 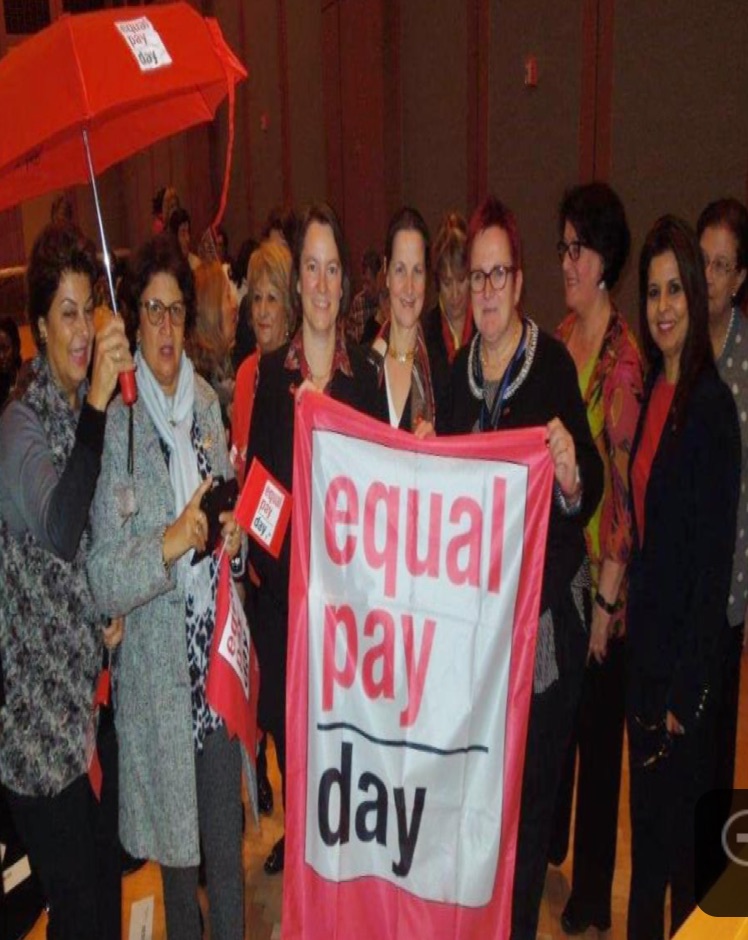 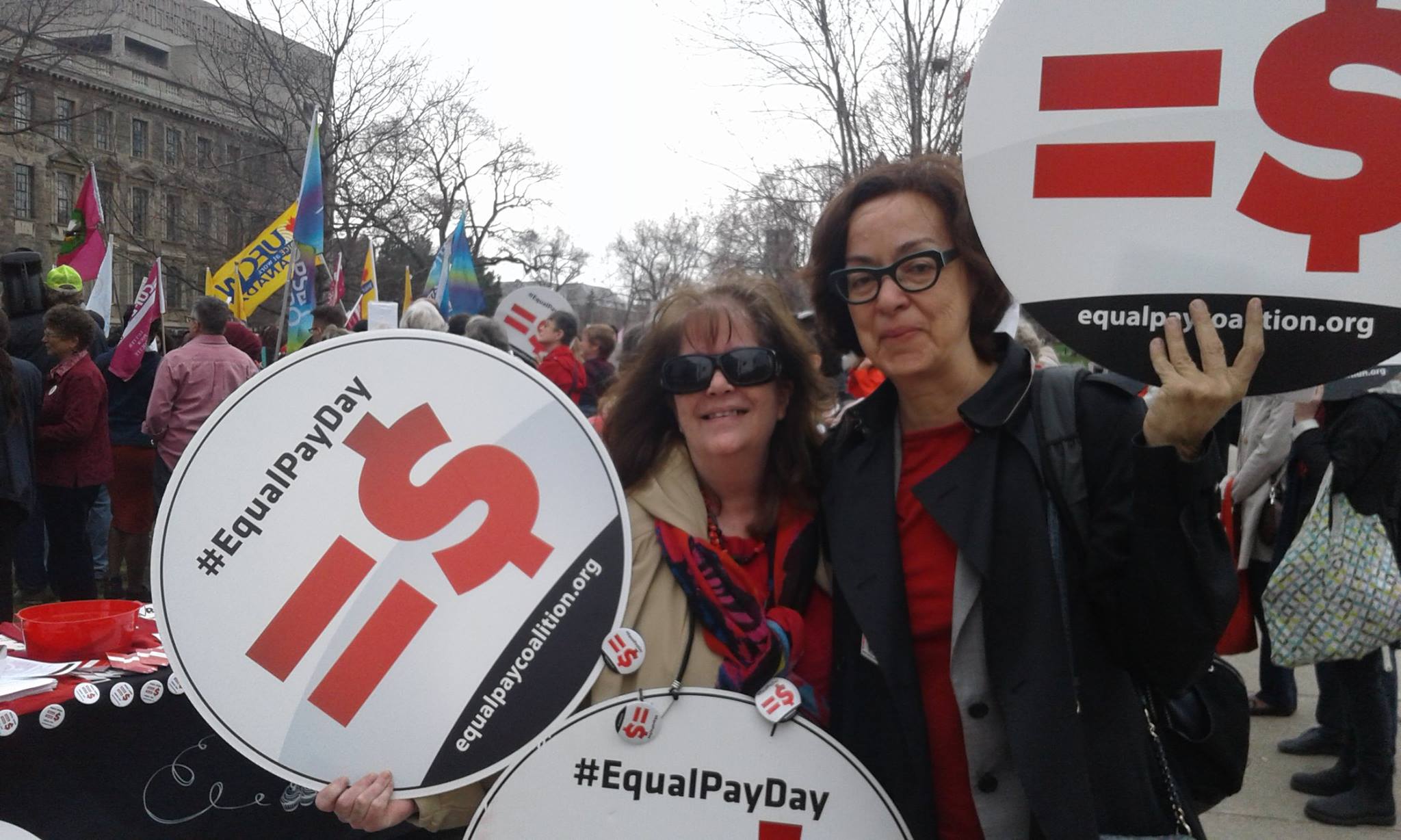 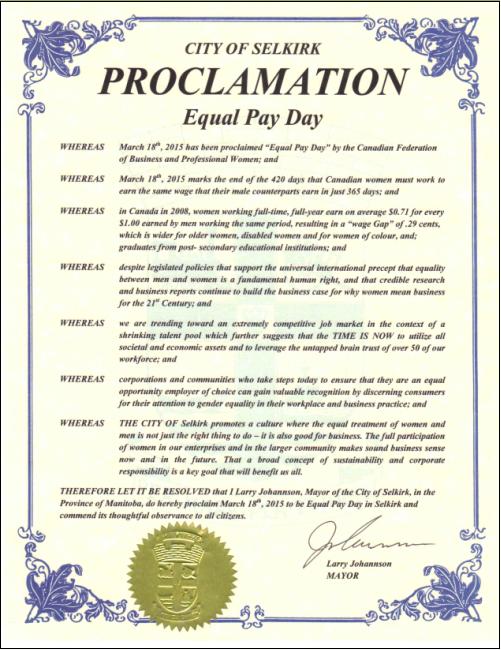 In 2013, BPW Calgary was recognized by BPW International, Alberta Premier and the Mayor of Calgary for the club's contribution to increasing the awareness of equal pay for women and Equal Pay Day.

On March 18, 2013, BPW Calgary members, partners and supporters gathered to mark Equal Pay Day near the “Women are Persons” monument in the Olympic Plaza. Media coverage of BPW Calgary's Equal Pay Day rally reached across the province and country, including in the Montreal Gazette.